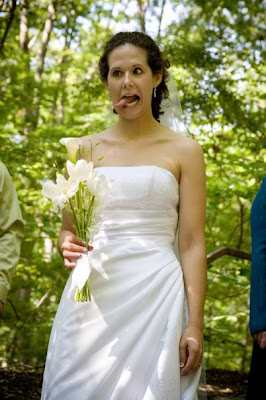 Three years ago yesterday, on May 26, 2007, I stood shoulder-to-shoulder with my best friend, and together we took our first steps on the greatest, most amazing and most fun journey I could ever imagine.
A friend asked me if I was into second chances. He knows why he asked me this.
I thought about it for a moment, and I replied "Yes, but not as much as I am into rebirths."
Happy anniversary, Ashley. Here's to forever with you.
Scribbled by Unknown at 1:50:00 PM 1 comment:

On the road again...

Now we must say good-bye
to find our road ahead
Destiny leads us on to another place
but I'll meet you there someday...
Whiteheart. "I'll Meet You There." Freedom. Sparrow Records, 1989.

As many (most?) of you know – in November of 2008, I lost my father to complications associated with lung cancer. Just one month before my father passed away, my dog of almost 14 years died unexpectedly. And then, in March of 2009, my son Malakai was born.

Any one of these could easily be classified as a major life event. The fact that all three of them happened in such close chronological proximity to one another? To this day, I’m still not sure how I stayed standing then nor in many ways how I’m standing now.

Regardless, after the one-two punch of death and life, Ashley and I decided that this current academic year (2009-2010) we would take part in an active job search, with the idea and target that we would be moving closer back to our respective home states (Mississippi and Georgia).

This, of course, explains why the jobs we actively pursued and were highly interested in were in places like Michigan, Virginia, Oregon, Washington, and Wisconsin.

We tried looking for jobs that were geographically closer than the West coast; however, for whatever reason, the job market didn’t like our idea. We also entertained the idea of applying for and possibly taking a job JUST to take a job that was closer to our families. This idea died rather quickly: we both looked for and applied for jobs which only spoke to our passions and jobs that we felt we would be genuinely interested in, at schools that at least appeared to be not quite as codependent or toxic as some, and in positions that gave us a modicum of satisfaction and fulfillment and time to be with each other.

My job search was ultimately not fruitful in the context that it yielded me a job with a salary. It did, however, galvanize my desire to stay with Kai another year and to finally strengthen my resolve to sit down and make a concerted effort at writing that book that so many of you say I should.

Ash’s job search went comparatively much better in many ways. From our trip to Chicago for the NASPA Convention where we both interviewed for positions at various schools across the country, Ashley was offered three on-campus interviews.

The one in Michigan went great. …except for the drama and complications with the flight there and back.

The next one in Virginia went better. …except for the fact she was exhausted after the first trip, which was immediately before this one. As in, the very day before (Miami-Michigan-Miami-Virginia-Miami all within a 5 day period).

Apparently the cliché of how the third time’s the charm rings true.

After three years of iguanas, palm trees and me still not understanding a lick of Spanish, we are leaving Miami to move to Columbia, South Carolina, where Ashley has accepted the position of Assistant Director of Residence Life at the University of South Carolina. In about two weeks, we are packing up the apartment and heading north. Clearly, I should start working on my tan now…

We will be less than three hours from Athens. …and Jittery Joe’s. God is good.

We will have cut the distance away from our families by half.

We will be going back to a culture infused with a slow drawl, a love of all things fried, and a football division (SEC) that has been sorely missed.

We leave behind a few good laughs, a few good memories, and a strange addiction to plantains. Miami has been a place we can not forget, for all the good and bad, and will forever be remembered in many ways as where we spent a three-year-honeymoon (although, most couples don’t actually get pregnant and bring to term their first child while on their honeymoon).

We leave behind students we have come to care for, colleagues we will stay in touch with for years to come, and friends who have become like family to us.

We equally leave behind our love for them, and take their love for us on the road to our next location. 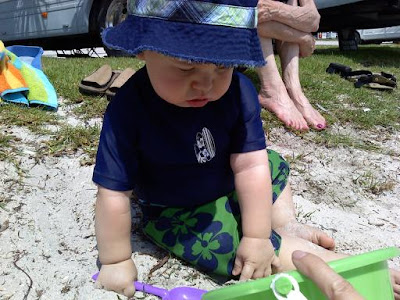 What the Psalms Are Psaying (Part 4 of 2)

This is now getting ridiculous…although this is now my 300th post (woo!) and there is a major announcement at the end...I'm done with improperly fractioning my Psalms stuff)

What began as a simple me tripping over one verse in Psalm 42 has turned into this complicated exegesis of the chapter. And for those of you who are curious: an exegesis is not a film about Christ directed by Bryan Singer. Theological humor. Gotta dig it.

Anyway – Psalm 42 is now the passage I turn to when I get into my searching (“What am I supposed to do with my life?”) or waffling (“Why can’t I feel God?”) mode. Not that it gives me any concrete points or a little light goes off over my head when I read it, but as I stated before: it lets me know I’m not alone. Christians tend to look to certain spiritual giants found in the Bible, and although we intellectually “get” them, we also idolize them a bit. Case in point: David. Find me one Christian who doesn’t want to be described as David (a man/woman after God’s own heart) but who is unwilling to actually see him as a murderous, lecherous liar who turned away from God. We “get” at he was repentant, but we don’t really “get” that the loneliness and lament he expresses in Psalms also echoes our own voices at times. The millennium may have changed, but the pain tethers through the ages.

Psalm 42:7 (aka “the Shajena verse,” for reasons that may make her smirk) first got me all warm and fuzzy inside due to the imagery of nature the author uses. But then, I looked – well, deeper to see what was really going on in this verse and in the ones surrounding it.

Deep doesn’t just “call” to deep in the way that, for example, nature speaks to me or calls to me. I feel a genuine connectedness with the outdoors, and every time I spend time in a climate other than south Florida (where the only change in weather is from wet and hot to wetter and hotter) I feel…deeper. I breathe deeper. I see deeper. I experience life on a deeper level.

When I bean to study this passage deeper (Dear Santa: I need a thesaurus) I started ask myself two incredibly self-reflective questions: what am I intrinsically drawn to, and where do I find comfort and conversely challenge in that comfort?

I find that I am drawn to deeper things in pop and mass culture. Maybe it’s the Gen X-er in me, but I have never been all that attracted or even tolerant of things that get mass recognition: I find that the TV shows I watch and get enveloped in (LOST being the prime current example) have a depth to the story that was never found in shows like FRIENDS or GLEE, which in many ways reflect the pinnacle of mass pop culture. The bands I like are either fringe or have been heard by so few people that my wife thinks I make their names up (seriously: Absence of Ceramics WAS a real band); not because of the fact I like to be one of the “few” who are in the know (…well…) but more because the lyrics tell stories and weave a tapestry of images that burn into your mind. Do yourself a favor and go find some of the music by the choir or Mark Heard. You’ll understand.

In this verse, the word “deep” is actually the word “qara” in Hebrew. Now, I’ve already dissected the dickens out of this word in two previous entries (both hyperlinked for your reading enjoyment), so I won’t repeat myself here. BUT…”qara” basically means “to elicit a specific response.” The deep referred to in Psalm 42:7 isn’t “what deep thing gets you now,” but “what are you so tethered to, what speaks to you on so many levels that you can not escape it?” What are you joined to?

It’s also interesting to note that “qara” is also the word God used when He spoke – or called – the world into existence.

Give it birth. Speak it aloud.

Find what you are drawn to. Do not fight that drawing (like my ridiculous self has) and speak it to someone.

Remember: God even said “Let US create man in OUR image.” If God didn’t create or exist in a vacuum of isolation, why do we sometimes try so hard to. I don’t mean to say that creation was the result of committee work (although certain things like the platypus or Nancy Grace’s hairstyle might make you wonder), but instead: we are not alone.

Not in our questions.

Not in our callings.

Not in our depth.

Which is why I am committed to writing a book.