NOTE FROM SONNY: Because people have asked, I am posting my sermon notes from the last three weeks here in all their unedited and rambling glory. You can probably fill in the grammatical gaps. 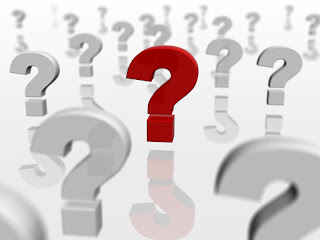 One of Kai's favorite books to read at night is something called "The Going to Bed Book." Creative title, I know. He's been read to from this book for at least two years now, so he has it pretty well memorized. But the other day, while we were walking, for some reason I started quoting from it. The opening line is "The sun has set, not long ago." Now Kai, who has heard this line about 87 billion times, looks up at me like he's just heard this for the first time in his life and says, "Daddy, what means 'not long ago?'"

Keep in mind this kid is two and a half. The questions are only going to get easier from here on out, I'm sure.

So, before I answer him, my train of thought goes something like this: "How do I explain linear time to him? Do I begin with verb tenses? Do I begin with verbs?" So, I did what any respectable, loving parent would do: I told him to look at the squirrel running down the sidewalk. Parenting, like all other forms of magic, is all about the art of misdirection.

We often accuse or set Him up as such, but God is not so much a God of rules as He is a Counselor (which is what His Spirit is referred to as). He asks the questions that make us think, instead of just laying down edicts about our actions. As someone who has been through therapy, I can tell you that for as annoying as those questions can be, they're also what helps us grow and learn. (As opposed to having someone just say "Please just take these drugs and stop talking to me about your mother." Worst. Therapist. Ever.).

God has a voice. And He doesn't just tell us what to do; He also asks us questions.

We can ask questions as well. It's a dialogue. It involves listening, but not just listening.
Question one: what is a question about our faith you have that you feel comfortable in sharing? Not "why do bad things happen to good people" or anything about speaking in tongues, but the day to day, nitty-gritty struggles and questions we have.

Question two: what is a question, a struggle you have with God? A question which maybe only the two of you know. "Have I truly been forgiven of this? How can I forgive this person? Why did they have to die?" maybe this is a question you have carried and thought about a lot, but have never looked at it. Never seen this question. I can say a lot of stuff out loud - and I typically do when prepping for Sundays - but when I see it, when I am confronted with my words, I rethink and reframe what I say a lot of the time.   Judges 13:18 - "But the angel of the Lord said to him, 'Why do you ask my name, seeing it is Wonderful?'" We may at times ask for things which are beyond our ability to understand. So after God told Samson's father he was to have a child, he kept asking questions, some of which weren't pertinent to the miracle taking place. Because my first thought when a miracle occurs is to offer a goat.

Job 42:6 Job repented of questioning God. Sometimes we think the act of questioning means we have little faith. Or that doubts are a sign of weak character. But consider this: when we question, we're still speaking to and asking God. When we doubt, we're not doubting ourselves, but God. In doing so, we acknowledge that He is there. Compare simply questioning if God knows what He's doing - like what Job did - to trying to take matters into your own hands and prove you know what's best - like what Adam did. Which was a sin of rebellion?

I Corinthians 13:12 - for now we see in a mirror dimly, but then, face to face. Now I know in part, but then I shall know fully just as I have also been fully known. In my teenage rebellion questioning phase (which ended day before yesterday) this album meant more to me than I can say.

We sometimes feel like in our faith, we have to have all the answers. We have to have a concrete response to when people ask us something. One of the greatest complaints lobbied against my people in the emergent/emerging movement is that we take truth to be subjective or pliable. While some do - and I don't excuse them for it - the better thing that i think we do is we allow for the tension. We embrace the questions. And we learn - slowly, painfully - to accept the fact we may not have the answer, and that this is in some ways the essence of our faith. Hoping for something unseen.