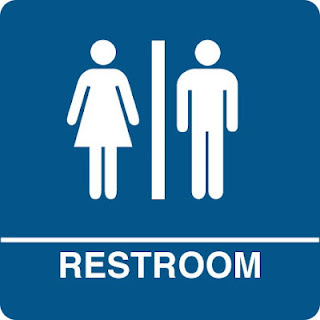 Maggie, my 12 year old chow/shepherd mix, is a bit obstinate. Scratch that - she's more than a bit: she's set in her ways, a princess in her own mind, and if things don't go her way, she pouts.  Case in point: because Ashley never "yard trained" her to go to the bathroom (meaning you just open the door and she goes in the back yard to do her business) when she got her as a puppy, she must be walked when nature comes calling. Every time. It doesn't matter if it's 2:00 am, pouring down rain, and it's the 75th time you've taken her out because her tummy doesn't feel well. You just grab the leash and go. If you put her on the run we have tied to the back porch, she'll go and just sit in the grass, ears turned backwards, and stare at you with this pathetic "You know better than to try and pull this mess" look on her face.

Early one evening, after dealing with her soft yet omnipresent whine that signals her patience (such as it is) is at an end, I hooked her up to take her on Walk Pattern A. Yes. We have two distinct walk patterns we must adhere to in order to facilitate a movement on her part. Because I felt bad that she had been sequestered in the house all day due to thunderstorms, I decided to take her on Walk Pattern A - Long Version, which is her favorite; it gives her a greater variety of grass to sniff and choose what to pee on.

This time, however, her prima donna mentality went to eleven. Because the grass dared to be wet due to the thunderstorm, she refused to step on it. The sidewalk, while damp, was where she stayed. And sniffed. And peed. But you could tell by the way she was walking she needed to do...more. Yet because the grass was wet, she would not set one paw on it. And because we were walking in the muggy, post-rain heat of a South Carolina evening my patience was wearing thin. I was getting upset because I had chosen - as a favor to her - to take her on a longer walk than usual, and she wasn't owning up to her part of the bargain and taking care of business. Turning the corner to start the trek home, and knowing that we were going to run out of prime grassy areas where she could go, I felt my anger rise to an almost boiling point. After for the fourth time she had stopped, turned around in a circle, sniffed, and then walked away without doing anything, I locked the leash down and yelled out:

"For the love of God, will you JUST. GET. YOUR. SHIT. OUT? You will feel SO. MUCH BETTER."

And then I stopped. Not because the neighbors were staring at the crazed bald man yelling at his dog to poop, but because of what I had said. How I had said it. To whom I had said it.

And because no one, especially not someone who claims to love me, would ever yell at me like that.

The reality is, I'm more like Maggie than I care to admit. Not that I have to go take a crap outside, but I tend to hold my shit in more than I should. I voluntarily give myself emotional and spiritual constipation. Is it that I am afraid of the stink it might cause? Is it that I am embarrassed that when I do, I'll be laying out the worst of what is inside of me for others to see? I forget that not only does everyone poop, but when we do, it's the waste byproduct that is coming out, not what feeds and supports me. This stuff has to come out, otherwise it is a health hazard.

Spiritually speaking, what I'm not allowing to pass out of me is the filth, self-loathing, and darkness that I am holding on to which does not represent the forgiveness and purity that I receive through the cross. But because it is so dirty, and God knows we can't let anyone know we poop, I hold it in. Ashamed of it, because once I poop, people will know that, yes: I'm just like you. Not everything I do smells like roses. Like what I yelled at Maggie, I would feel SO. MUCH. BETTER. if I just would go ahead and poop out the crap I keep trying to hold in. Tell someone about the struggle I'm having. Tell someone about where I continually stumble and fall. Tell someone what I need help with.

In order to be fully cleansed, feel set free and lighter, I need to release my shit: emotionally, metaphorically, literally and spiritually. Every time Kai used the restroom when he was being potty training, we made a big deal out of clapping, celebrating, and telling him how proud we were that he pooped. That he let go of what was inside of him and hurting him. Now he just sees it as second nature: something comes in, something good is made of it, and something goes out. We don't call it stinky, we don't call it gross, we don't make a big deal out of the waste products his body expels.

He poops, and knows it is good for him.

I know what is good for me, but I keep trying to find grass to hide it in.

This is awesome, Sonny...maybe it's because I just played several rounds yesterday of One Word story with my son and husband where each story ended up revolving around the subject of poop...that's what you get when you choose to play that game with an 8 year old boy. Seriously, great message.

That game would be played the same with a three-year-old, I assure you. :) But thanks for the kind words - and for the RT!

Great Post! We do the same types of encouragement when Camden is trying to poop, so thanks for throwing that spiritual spin on it!!!

When you can make poop spiritual, you either have a gift or a case of dementia. I'm not sure which side of the fence I fall on right now... ;)

So true! I think we all do this sometimes...but there are times when we could really use a juice fast, or an enema...or a colonoscopy...the metaphors could go on forever...