Note: I’m sharing my story as part of a synchroblog connected with the release of the book Inciting Incidents (of which my friend Tracee Persiko is a contributing author). Check out more about the project by visiting their website.

It was a simple playground taunt that shattered my dreams and set my life on a course I could never have predicted. It altered my self-perception, my life's ambitions, and caused me to question everything I thought I believed.

Of course, keep in mind that I was 36 when this happened.

I had recently accepted a position at the University of Georgia in the Department of Residence Life. I moved to Athens leaving behind my state of origin (Mississippi), as well as every friend I knew and family member I had. I was looking for a new beginning both professionally and personally, and I figured a fresh start in a new geographic, physical and emotional state where I barely knew a soul would be a fantastic way to begin this journey. One of my professors from my Master's program was now teaching at UGA, and so I made plans. Big plans. Massively, huge, phenomenal plans. Plans to apply to (and get accepted into; duh) the Ph.D. program in Higher Education, work on my doctorate while employed full-time, and then land a teaching position at the graduate level while conducting research, publishing papers, and being sought out as a guest speaker or presenter at conferences. All of which were completely humble, selfless, and noble ambitions, of course.

Yet all it took was approximately two seconds to lead to the derailment of each and every one of these.

Once every two weeks, all the Residential Area Coordinators, Hall Directors and essential personnel (my position included) would meet together in a large conference room to discuss matters pertaining to the department: safety issues, programmatic ideas, and the like. The day that my paradigm shift in reality came was on the first - let me state that again: THE FIRST - such meeting of the semester. We convened at a large oak table in a room with no windows, halogen lighting, and with two and a half dozen people in attendance in this intimate setting. As the initial order of business, we were to go around the table and introduce ourselves, primarily so the new people (me included) could get to know everyone seated at the table. This way, we could begin to learn our colleagues' names, discover a bit about where they came from professionally, and find out what their educational background was.

It was the first person who spoke to introduce herself.

It wasn't so much that from the moment I heard her voice my heart leapt in my chest. It wasn't so much that I was captivated by her beauty when she walked in the room. It wasn't so much that some ethereal naked demi-god shot arrows at us both, inciting us to passion and desire from the get-go. Actually, to be fair, we had met once before socially, although there was not a great deal of interaction between during this meeting. And it wasn't the way in which she introduced herself in this large meeting that did me in.

It was the action that came immediately afterwards.

As is the case, when one is meeting and greeting in a large, professional setting, etiquette demands that a series of silent smiles, head nods and greetings be exchanged upon the conclusion of introductions. This woman - let's call her "Ashley" - was sitting almost directly across from me at the table. We exchanged the briefest of glances, the slightest of smiles, and then...then...

She crossed her eyes and stuck her tongue out at me. 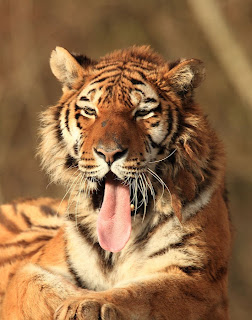 It was all I could do to contain the giggles that rose up in me, as I realized that I had clearly met the one and only person in this room who was apparently as random, off-the-cuff and willing to smirk in the face of such an austere, stark situation as I was (and remain). I remember circling her name on the top of the printed agenda we had, and I hand-wrote the message "Will be friends with this one" to myself. And we did become friends. Fast friends.

And later, we started to become so much more.

Three years later, in fact, we got married.

What was (at the time) unsettling about meeting and falling in love with her was that I thought I had it all figured out. I had everything planned, laid out, and my timeline looked incredible. Perfect, actually. I was taking care of me first for a change. I was coming off a string of bad dating experiences, so I swore off romance. I was still nursing a broken soul from a previous broken relationship, so I thought ultimately no one would care to be with me long-term. I was coming away from the previous institution I was employed by where I let my professional development slide to the point of making some really poor choices. I thought I was personally and professionally damaged to the point of being undesirable. I was going to let nothing and no one stand in the way of what was going to be my priorities to get myself back to where I "needed" to be.

I apparently neglected to ask God about any of this.

Because this one incident incited a full domino effect of changes and refocusing of priorities in my life.

Professionally, I rose to the top of my game. Not because I wanted to be seen as the best but because I was with someone who challenged me to be a better person who served others. Seeking to add three letters to the end of my name went from being motivated by a desire to promote myself to going back to a journey of education and bettering of myself. Letting someone in to my life, showing them all the dirty laundry, telling them the secrets about myself I swore I would never share, and letting me be vulnerable once again transformed me. It took me from the dark, jaded, angry place I had let myself go to and catapulted me into - or rather, BACK into - the light of life and joy I had run from.

Had I simply thought Ashley's gesture was funny and not one to follow up on? I shudder to think about what all has happened in the last seven years that I would have been different: the friends I have made; the places I have lived; the opportunity to let the dream of being a writer die on the vine; dealing with the death of my father by myself; the birth of my son; the opening and rebirth of my heart with her; and so, so, so much more.

Thankfully, she still sticks her tongue out at me every so often.

And I still giggle.

Oh I LOVED this! It's been a while since I read a really good love story - thank you. I enjoyed the surprise of her response to you, and particularly enjoyed the fact that you minuted yourself a little note about her...

Great to find your blog - I look forward to more!

Thanks, man. And the female lead in the story is pretty sweet, too. The male lead? Eh. He's okay, He'll do. :)

Thanks, Tanya - I look forward to reading your entry as well.


Maybe one day I'll get around to writing about the day I proposed. That's an epic tale for the ages. :)

I love this story, Sonny! Who ever thought sticking your tongue out at some one would be a great pick up line! :) Oh, and by the way, my hubby was a UGA graduate a long, long time ago.

I love this (and y'all)!! And those moments when God picks us up and plops us down into something unexpected and life changing. This makes me want to go find the wedding picture of Ashley with her eyes crossed and tongue sticking out.

HA! I never thought of it as a pick-up line before. Now I have something new to - funny enough - razz her about. :)


And I'm only a former employee of UGA, not a graduate. I taught a few classes, but that was as close as I came to being a student there. But your husband has excellent taste. :) Athens is an AMAZING town, and we so badly want to move back there someday.

A very funny incident! So happy you shared this with us. It is amazing how a stick of the tongue can alter ones life propelling them into love.

Well, so many of the stories (yours included) are so eloquently framed with the beauty found in grace and redemption, I decided to just - you know - be me and show the goofy nature of love.


It's like spiritual sorbet, to cleanse the palate, before reading the deeper and bette stuff. :)