I have an obsession with Field Of Dreams, one which has only intensified over the decades since I first saw it. I think I've managed to hyper-analyze this movie from every possible angle and apply it to my life: father issues; finding your calling; pursuing dreams when the world around you says you're nuts; hearing a disembodied voice speaking words of challenge and encouragement to your soul; and growing corn (okay, this one maybe not so much). During the Story Conference in Chicago, I managed to pull out another set of life parallels with this film simply by knowing where the food trucks with shorter lines were located.

The first day of the conference was rich with meeting people in person whom I knew online, and trying to decide if our avatars matched up with what we looked like in flesh and blood. Individuals whose words have challenged and moved my soul were among the sea of hugs and handshakes I found myself in. Once the sessions for the morning were over, I found myself standing in a group as we chatted about what one of the presenters had just spoken on. We were still inside the auditorium and apparently taking up valuable space, because one of the volunteers came to shoo us out so they could set up for the afternoon.

After my group got outside, we saw the insane line of people that snaked around the parking lot as they all tried to hit up the food trucks outside our building. I mentioned I had seen some restaurants that morning as I walked to the conference, so we decided to walk a block up to see what was available. Once we had all purchased our respective meals and sat down on the concrete to eat, I took a moment to just soak in the absurdity of the situation I found myself in.

I was sitting next to Rachel Held Evans. Matthew Paul Turner was snapping photos. Ryan was to my immediate left. Ed was directly in front of me. Alise was just off to my right.

And then...there was me. Eating a calzone, surrounded by writers. REAL writers. 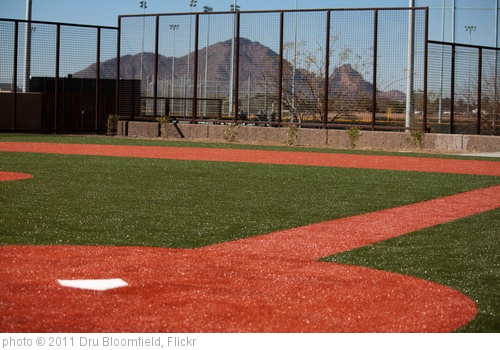 There's a scene in Field of Dreams, where after Ray Kinsella has heard The Voice, plowed under his crop, and has waited patiently after constructing a baseball diamond in the middle of a cornfield, Shoeless Joe Jackson finally appears. After having a virtually wordless conversation with Shoeless Joe, Ray utters to himself one of my favorite lines from the movie:


"I am pitching to Shoeless Joe Jackson."

It was as if comparative to this moment, all the other crazy crap he had done was relatively sane. It was as if he was questioning who was he to be pitching to this legend and giant in his field. It was as if this was one of those watershed moments that he will remember with a smile on his lips every time the memory comes to his mind for the rest of his life.

Clearly, I didn't relate to this in the least.

Later that afternoon, when whomever was speaking about whatever topic they were going on about (my brain was still mush and trying to process it all), I heard a Voice speaking to me. Well, not so much "speaking" as "making me feel and understand something which had been vacant in me for so long that I wasn't even aware of its absence:"

"Everything. All the pain, heartbreak, joy and insanity in your life that you have struggled through, cried over, and been reborn into has brought you to this moment for a reason.

"What and whom I have called worthy, don't you call unworthy. Especially yourself."

I am equals with Shoeless Joe Jackson. And apparently, everyone mentioned above...which is both humbling, empowering, and nausea inducing. I also suppose this means I should stop looking down on myself and actually look up. When you engage with the people around you, you're supposed to look at them, not your own insecurities and doubts.

I may never have been drafted into a league, but I've managed to be included on a team. A tribe. And not as a tag-along or a mascot, but one of the ones intended to be included.

Guess it's time to see if I can "go the distance."

"And not as a tag-along or a mascot, but one of the ones intended to be included." I think that moment of discovery is one of the most beautiful ones ever.


Miss you, my friend.

Beautiful. I keep the "if you build it, they will come" quote running around in my head for that children's theatre I'm supposed to start. ;)

It's embracing the reality that yes, my quirky self can stand as an equal that's just mind-blowing. Note I stated that I CAN stand, not that I'm quite there yet and AM standing :)

Like I told someone, at least I didn't mention how I teared up during the conference when I had this moment of "you belong" - which was not unlike how I tear up & get emotional EVERY! STINKING! TIME! that I see the end of this movie...

I think belonging to a tribe is about an equality in calling and vocation. The rest of the details tend to be fickle and can usually be changed through practice, persistence, and a whole lot of time.

I agree - but I also think it's partially (for me, at least) about accepting and believing in myself to have the right to be in said tribe. There's always going to be a "first among equals" within the tribe, and that's fine.


I used to aim to be numbered among the high-ranking administrators at my college when I worked in Higher Ed. But the first time I was introduced AS being among them, I was taken aback. It's like when you pray for something, and then God answers it in the positive. Many times, we simply don't know how to react to getting what we want.