Here's a little known fact about yours truly: my undergraduate degree is in Music. Music Education, to be precise. I realize that some may not be shocked at all to learn that I didn't major in English, writing, philosophy, or the like ("A REAL writer or theologian wouldn't be limited to such a minuscule blog as this..."). Others may be thinking "Wow. Glad to see that student loan debt of yours is justifiable, since you're actively using your education so much." Still others may find humor in that it took me five years to complete a BM.

Personally, I still to this day giggle over the fact that the beginning and the end of my tenure in higher education was spent working with students, helping them to decide on what to major in and what career to pursue. If that's not proof that God doesn't redeem your past and loves irony, then I can't help you. 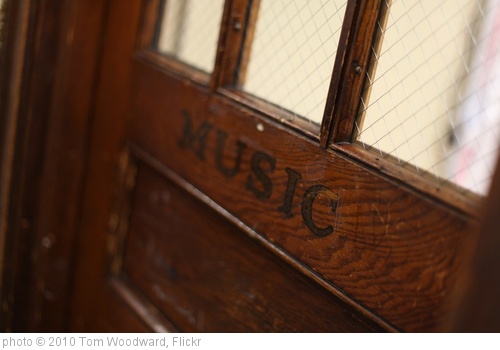 One of the main reasons I was a music major as an undergrad? For the longest time, people had told me that I was a gifted singer. And for someone who in high school had such an amazingly low sense of self-worth and self-esteem, those words breathed life into me. Of course, no one ever bothered to tell me what the heck I should DO with a degree in music outside of directing a junior high choir or becoming a barista/starving artist.  And so I pursued a degree in what I thought was the only thing I was good at.

...which makes it fitting that my first degree is a literal and metaphorical Bachelor of ME.

Life threw pop quiz after pop quiz at me about subjects I had never studied and was not prepared for. I failed most of the tests. The finals did, indeed, feel FINAL at times. And yet I still kept coming back, reenrolling semester after semester. I wish beyond anything that I could have taken a CLEP test and escaped some of the lessons I was to learn.

Dropping out wasn't an option. Even Psalm 139 told me there was no place I could go, nowhere I could have run to. Life was going to confer something amazing on me, with all the rights and privileges thereof.

Although the time spent on obtaining my first degree was limited, my life's education isn't terminal. There is still a learning curve, to be sure, and mercifully, there are do-overs aplenty. And despite that some might (justifiably) argue that I wasted five years on a degree I never use, I can still smirk as I flip my tassel from one side to the next. I knew the guy who wore the robe on that day in May. He was not the same kid who enrolled in the Fall five years prior. He had fallen, risen, learned, forgotten some lessons only to learn them again, and even managed to make a new name for himself.

And his educational degree, like his lessons from the school of hard knocks, prepared him better for the next degree to come.

Now, as to why my music has for the most part fallen by the wayside? That's a heartbreaking story for another day.

Thanks for your grateful informations, this blogs will be really help for students loan.

Count your blessings ... you didn't spend seven years on a Ph.D.

I'm not sure where you went to school, but some B.M. programs are too narrowly focused. Some schools are realizing that the students aren't getting a good education if all they do is spend 10 hours a day in the practice room, trying to perfect the same repertory that everyone else plays. There's a realization that most graduates will earn their living from multiple sources, some of which may not be from music. To achieve this, students need entrepreneurial skills and a solid general education, not just instrumental or vocal chops.

The situation is similar in the Ph.D. programs, as people are realizing that few graduates will land the coveted full-time, tenure-track positions. In particular, it's just about impossible to climb the ladder without moving from city to city, taking jobs that do not pay enough to justify moving a spouse and children. Many of us (both men and women) are deciding that raising children while employed part-time or outside of our field is better than trying to thread that needle.

I like that you dropped music because your "only option" was being a starving artist and instead you're a writer which tends to have the same career destination. :)