For one day this December, we long to open the gates wide to brokenness. To allow women and men of all ages to share their stories of hardship and redemption.

Perhaps it’s a journey through abuse, or bullying, or maybe it’s drugs or alcohol or depression or homelessness or cutting or an eating disorder, but whatever it is, we want to put our arms around it and embrace it, and then let it go. It’s only in dialoguing with one another that we can find hope, and freedom. We don’t want to just dwell on the pain; we want to shine a light on the God in the story, on the redemption in it all. 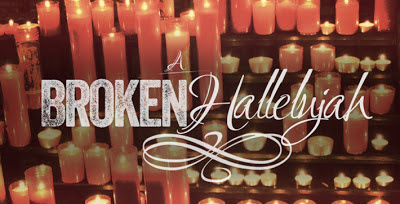 It was the waking up in my kitchen in a pool of blood that came out of my nose after having blacked out that made me think, "You know, maybe these migraines might be a little bit more than just average."

For as long as I can recall, I've had headaches. Bad ones. The kind where you sit in a darkened room and just try to will your body to relax and pass out so you don't have to be awake for the pain you're going through. I dealt with constant headaches throughout middle school, high school, college, graduate school...missing the occasional class or even days of school, not because I was skipping out to do something fun, but because I was miserable.

As my age increased, so did the intensity with which these headaches occurred. They didn't come with great frequency, but when they hit, they hit hard. Even the mildest of things could trigger them: light, sound, touch, and so on. Yet because my mom (who, spoiler alert, is not a physician) called them "migraines," I self-medicated for decades with over the counter pain killers. It wasn't until one afternoon about ten years ago the scenario referenced above hit that I thought perhaps I should seek out some, you know, professional advice.

After seeing a physician who then referred me to a neurologist, and after a battery of MRI scans, one day I was finally given the name of what had been knocking me for a loop for years: atypical trigeminal neuralgia (ATN). (As a side note, I did take a slight ironic pleasure in noting that my diagnosis was for the "atypical" variety, given the location of the pain origin, my age, and gender. I loved the fact that I couldn't even get a neurological disorder right.) My neurologist suggested that I undergo a series of occipital nerve blocks to reduce or eliminate the pain. I was more than happy to accommodate this idea, because hey, anything beat the alternative, right?

Upon reading the materials provided to me, I noticed some of the side effects of the nerve blocks: tenderness in the area of the injections I could deal with; a sense of disorientation and loopiness I could deal with; the potential for a shift in my personality, including possible damage to my memories? Whoa.

This is the point where God and I started having words. Angry words.

During this season in my life, I was estranged from my family and had been so for years. Every romantic relationship I had ever had ended with Hindenburg-like results. My closest friends were all gone, having moved out of state after graduate school. I was even at "that point" in my faith journey where I was doubting, wrestling with, and openly debating my beliefs. It felt as if the only original part of my heart or life left was my personality: my humor, my sarcasm, my intellect and my wit. I argued with God that since I had already lost so much in my life by this point, it was absolutely unfair and unjust to ask for the last remaining vestige of the me of who I am to be sacrificed so much like Isaac upon the altar of my health.

I wish I could say that the fear of losing myself drove me back into the arms of God, that I was miraculously healed, and that life was full of puppies, happy moments, and cupcakes from that moment on. The reality is that I underwent a series of injections into the base of my skull that probably made me behave in an even weirder fashion than usual. A beautiful, amazing friend flew in to stay with me during my initial treatments so that I wouldn't have to go through it all alone (and to this day, she still doesn't realize what that gesture meant and that I owe her more than she realizes).

And I was still pissed off at God for allowing this to happen.

But although neither my health nor my faith were restored in a miraculous fashion, one thing was restored: a line of communication. Dialogue. Between me and my earthy family as well as my heavenly Father. When you stare down your own mortality as well as the fear of possibly losing yourself, you ego and sense of haughty self-importance begins to shrink. Some of the words were snippy, some were beautiful, but they were words spoken and not held captive on my tongue. And more than that, I felt as if they were received.

Even the snippy ones. Which, you know, I had to ask forgiveness for.

It turns out that all I needed (knock on wood) was that one year of treatments, as I've not had to have any since then. I still have to monitor my health, and I still get headaches, but nothing like what they have been. And it turns out that - like Abram before me - all I needed was to have the faith to be willing to make the sacrifice of changing my personality and not actually go through with plunging the knife.

And to everyone who has met me since 2002: yes. This really is what I am like, and is the me I've been for most of my life. My personality didn't shift. I've always been this odd.

Fittingly, I've been listening to Jeff Buckley as I write about this Broken Hallelujah. He so eloquently called it "the minor fall and the major lift."

Fittingly, I fell on my knees.

In pain. In exhaustion.

And eventually, I was lifted and able to sing "Hallelujah" at the end of it all.

At Prodigal Magazine, we believe in being real. Today, a number of the writers are hosting a linkup, detailing our journey to faith through the hard times. Our hope is to set the captives free, through dialogue, put our arms around a hurting blogging world, and show them that we care. Check the link to read the others stories in this series.

That sounds TERRIFYING. Thank you for sharing your story -- and thank God for preserving your personality for us all to enjoy. And, for the record, life would be all cupcakes if you lived in Chicago because we would bake them for you. Just sayin.' ;)

You had me with the bloody nose bit, but I was sort of hoping it was a hockey related injury...


As I've sorted through God and where he's at in my life when stuff goes wrong, I've found that God is present in our pain even if I have no idea how much else works. That's a tough one to swallow, especially when you realize that following Jesus is not a guarantee of comfort and deliverance.

Wow Sonny. I had no idea. Thanks for being bold enough to share your story with us. Isn't it amazing how God can use the really nasty, bloody bits of our stories to encourage so many people? Keep fighting the good fight (Prov. 4:25 is my life map verse too btw).

I've found out that it's the messy, bloody bits that connect us best to one another: from empathy over shared pains (physical and emotional) to just a sense of discovering you're not alone.


Although it sucked at the time, this period is one of the more beautiful stories I now have the honor of sharing.

I'm saving the hockey-related injury for a challenge with you. :)


And I've found that it's being willing to admit that there is a presence and not an absence in the pain that is - now - comforting. Then, not so much. It's all a part of growing up.


Thanks, friend. Meeting you and the rest of the zany crew at Story this past year ranks as one of the highest moments of 2012, and I am insanely glad we've kept in touch. ...even when it takes me a while to get back to you. ;)

Exactly. I can definitely say I didn't want to go through 10 years of extreme health issues (losing the skin off my face, feet, and hands from severe eczema) but it's now the most beautiful stories I have to share and why I'm so passionate about encouraging others through writing.

oh, so powerful. my husband battles "migraines" too, quite badly, and so this has made me wonder if we should get them checked out. thank you for being so vulnerable and real sonny.