I CALL PULPIT: Pog the Father 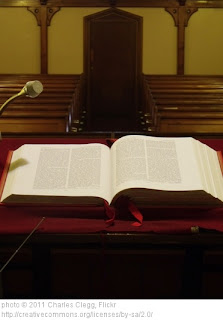 This is the second entry in a new series here at the Windshield (click here for Part One). Ever seen hypocrisy from leaders in the church? Ever felt uneasy about a ministry named after a minister? Ever gotten frustrated, broken-hearted or angry at church?

But instead of just complaining about it, we're going to call PULPIT! on these shenanigans and start to do something about it. The first step? We need to talk about it. Ergo, where this series comes from.

This series is also to celebrate the release of FINDING CHURCH from Civitas Press, which - yeah - I was a contributing author to. Click on the above link to grab a copy for yourself. And come back later in the coming weeks, because I'll be giving away a copy of the book. Or two.

Back in the mid to late 1990s, there was a huge boom - and subsequent bust - in collectibles that had mostly always been a fringe or niche industry. Someone, somewhere, got the BRILLIANT idea that marketing items which numbered in the hundreds of thousands as "Limited Edition" would drive up the price and demand of them, and as such, make them more desirable. Comic books. Baseball cards. Trading cards. Gone were the days of hearing about someone buying a paper grocery bag of old comics at a garage sale only to find a pristine copy of BATMAN #8 from 1941 in it. We wanted the foil-enhanced, prismatic, die-cut cover that would pay for putting our kids through college NOW.

This glut in the market continued to grow and grow until Pogs hit. The same people who had been buying case after case of brand new comics or cards, keeping them MINT! so as to retain their value, suddenly realized that the retailers who were profiting from their attempt to get rich quick were now trying to sell them collectible milk tops.

Cardboard circles that were initially included under the lid of glass bottles.

And suddenly, collectors realized the emperor had no clothes.

People began to question exactly what it was as well as the why of what they had been buying into. The immediate drop off of purchases began to affect speciality stores to the post where numerous shops closed. The baseball card market is essentially dead today. Comic book shops are hemorrhaging readers on a weekly basis. Industries which had once been stables in the American culture for nearly a century are on the brink of extinction.

Clearly, this does not parallel many churches today. At all.

There are a number of churches that rely heavy on flash and hype to bring in people to them, whether it's a giveaway, stirring up controversy from the pulpit, or something equally as ludicrous. A pastor I know once actually considered putting an inflatable pool in the sanctuary, and at the start of the service, running from the back of the room in order to leap into the pool to illustrate making a BIG SPLASH for Jesus in the community. Other churches go to the other extreme and shy away from sermons which have any substantive content to them, sticking to messages that are more "attractive," or make us "feel better" instead of challenge us.

We are too busy offering milk (caps) and not meat.

Please bear in mind that while some might jump on this particular negative bandwagon, I am NOT attempting a critique or condemnation of the Emergent/Emerging movement as a whole. There are a number of "Contemporary" churches that are doing outstanding work and have amazing, Godly women and men leading them. These bodies do a phenomenal job in reaching out to those of us who have been burned, beaten, and belittled by the institutionalized church.

Also, I am not advocating a return to the hellfire & brimstone style of evangelism. Fear and guilt might make for good motivators to get people to respond to giving tithes, but they make for lousy ways to heal a broken, seeking heart.

If we look at the gospel itself, like - you know - we're supposed to, the message and the manner in which Christ spread it runs counter to the way many people speak about it today. The message itself is simple: love God, love others. Not just in word but in deed. Because let's be honest: if Christ had shown up today, I doubt He'd have a high Klout score or have gotten a lot of "Likes" for a Sermon on the Mount Facebook page. A simple message of love doesn't carry as much weight or seem as important as the latest five-point lesson on parenting.

A former professor of mine once remarked that the key to engaging students in a learning environment was to give them an equal balance of challenge and support. Too much challenge, and they might withdraw and close themselves off. Too much support, and they might attain a hyperactive sense of entitlement.

I think we need to adapt this to churches.

I love that many of my contemporaries who are now in leadership positions in church look at ways to enhance their messages through the use of object lessons or illustrations as an enhancement instead of the fulcrum upon which their entire message balances. But sadly, a disproportionate number still don't quite get what JD Salinger spoke about through the person of Holden Caufield in THE CATCHER IN THE RYE: people can smell a phony a mile away, be it a phony person or a phony message.

In what ways do you think the church might need to be bolder?

I remember seeing pogs go by and thinking how incredibly worthless they were. It never dawned on me that they may have affected the collectible market in general, but that does make sense.

For me, collections started to lose their appeal when folks started routinely buying full season collections (baseball cards, primarily) rather than actually collecting them. The fun part was always buying a pack, typically on the way home after school (with unused milk money at times... ahem) and tearing into it to see what you got.

Interesting thought about the "if Jesus were here today" scenario. I actually think he would go viral on the net, but not because of his simple message of love. If Jesus were here today, he'd end up doing something spectacular -- maybe feeding thousands of refugees at an evacuation shelter, or healing someone hit by a car whose mother was grieving -- and some bystander would catch it on video and post it to youtube. It would go viral, and there would be tons of chat about whether the whole thing was real or fake. Some people would see the miracle, believe and then listen to the message of love, while others would doubt and retain their cynicism.

What can we do? Be open to the leading of the Spirit to love others when we see an opportunity. If we love first, miracles and changed lives will follow suit eventually.... eventually.....


Never got into pogs. Or anything (collectable), for that matter.


I do like the suggestion to be open to others, and give them to what we can. And offer what we have. And speak of the One who has come that one day we will be whole again.


Merry Christmas to you all.