Hi. My name is Sonny Lemmons, and I used to work for the American Family Association.

No. I can't believe it either. But it's true. 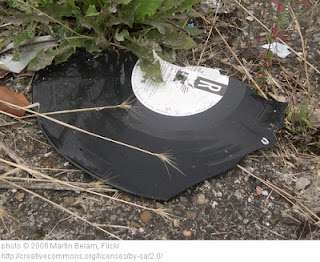 Growing up in Tupelo, MS - especially growing up attending a Southern Baptist church in Tupelo, MS - it was almost impossible to escape the shadow of the AFA. But in much the same way you can stare at your own reflection for so long it begins to grow dull to your eyes, so it was with the AFA. We knew it was there, we knew it was angry about a lot of different things, but we didn't really know how the organization and their vitriol was viewed by others. Keep in mind this was WELL before the Internet took over everything and we could, say, check the weather forecast in Uzbekistan.

We lived in a happy, stupid bubble.

The year was 1991. I was a Sophomore in college, working part-time at a local Christian book store. One day, two gentlemen from the AFA came into the store, looking to purchase a large number of CDs, but were clueless as to what was "popular" in Christian music. Keep in mind at the time, "popular" reflected Steven Curtis Chapman, Sandi Patty, or the - to me - annoyingly schmaltzy group 4Him, so my tastes veered a bit from the norm. They mentioned they were looking for someone who was in college, who could relate to that demographic, who was knowledgeable about Christian music, and who preferably had some radio experience, as they were launching a new station and were trying to find someone to take on the weekend shift.

I don't think the manager of the bookstore could have spouted my name fast enough. Not that she wanted to lose me, but she knew what my passions were. So, with a heavy heart and armed with my knowledge about the inner workings of Contemporary Christian Music (CCM), I soon tendered my resignation with the bookstore and became a paid on-air professional as one of the first DJs at American Family Radio.

Almost from day one, I realized what I had agreed to was painfully different from the reality of what was expected of me. My Sunday morning shift (5:30 am - 2:00 pm) would keep me from ever attending church while I was employed there, and as part of my work schedule, I had to pick up this shift. I wound up just setting up a few reel-to-reels of hymns or instrumental music while I caught up on the homework I had ignored the rest of the weekend, going live every so often to give the station ID, the time, the weather, or to read the required number per hour of Bible verses pulled from the box of pre-approved passages (with appropriate translation) perched on the top of the board.

My "contemporary" broadcasting was relegated to the late Saturday evening hours, mainly 9:00 pm until midnight. Leading up to that were several hours of canned shows, including a countdown show highlighting the songs which were charting nationwide in CCM (most of which, ironically, I never played during my three hours of original programming). Of course, everything I wanted to play had to first be vetted by the manager of the station as to being of the quality that the AFA would want to represent it. The same manager who was looking for someone to program for music he didn't "get." This was the guy who was going to tell me what was acceptable to play, based primarily on the lyrics of the songs found in the inserts of the CDs.

I was told that Phil Keaggy's cover of the hymn "Talk About Suffering" was "too upbeat," that Charlie Peacock's WEST COAST DIARIES were "too controversial" to be played, and that I could not use the "Best Of" charts from Contemporary Christian Music Magazine because they included such "unChristian" albums as the 77's Ping Pong Over the Abyss, Mark Heard's IDEOLA and The Joshua Tree from U2. Petra was "too heavy," DeGarmo and Key "too worldly sounding," Kim Boyce "too bubbly," Kim Hill "too husky," Daniel Amos "too confusing," and I was told that because they couldn't understand the name of the band Chagall Guevera, their music wasn't fit for broadcast. I was repeatedly told that music like this, and the artists they represented, weren't of high enough quality.

The very reason they hired me.

My association with the AFA lasted roughly one semester.

What broke my heart then (and still does to this day) is that not only was I told that the music that fed me and that brought me into closer fellowship with God was not "right," but it was potentially offensive to others. Based on the number of times "Jesus" was mentioned in the lyrics was a litmus test of if the song was acceptable or not. No matter if the song spoke to pain, brokenness, or wrestling with the deeper issues of life, if it didn't measure up to an arbitrary set of standards, it wasn't worthy.

This is, sadly, still a bias held by many in churches today, and not just in music selection (I rue the day the first Passion CD ever sold). If an individual doesn't measure up to a certain standard, if they don't act or even look a certain way, then they probably aren't fit for fellowship or membership with this church -  and absolutely not for leadership. They may not be outright banned (unlike my music was), but made to feel unwelcome or unfit? Absolutely.

We hope for and want their salvation, yes, but on our terms, with our qualifications, and by our rules.

Many churches take their interpretation of perfected societal norms and raise them as the standard by which they want to be viewed. They want to be perceived as being just like the happy, smiling, public domain family photos they use in their publications. God literally forbid if their congregation externally reflected what the world looks like beyond their walls, or that it should reflect the inner turmoil dominating the lives of many of the same people who attend their services week after week.

"If you want to be one of His, you've gotta act like one of us." Lyrics by Steve Taylor. From his 1982 debut album.

One of the ones I couldn't play on the air.

What's it going to take for the church to stop censoring the lives of those who have come to worship, to bow down? When will we accept our faith doesn't have to be pretty all the time?
Scribbled by Unknown at 6:00:00 AM

There's a church that we pass every week on the drive to our church that has...interesting church signs. They're often just stupid, but they were putting up one the other day that seemed a little bit more insulting than stupid. And I don't get it. If your goal is (presumably) to save people, why would you make sure that your first impression is one that is completely off-putting to the people you see as needing to be saved?

Also, your post reminds me of sitting in my room every Saturday night, waiting for the two hours when the Christian radio played the music that *I* liked (and sometimes, if I was playing organ at my church, putting on my headphones and listening to the radio on my Walkman during the sermon). It was a way for me to remember that I was connected to a larger Christian community than my very, very non-contemporary church and it helped me to find beauty in different places.

Perhaps it's my English major blood, but censorship infuriates me. And when it's in the church? Oh man. So glad you wrote this, Sonny.

Sadly, a lot of people LIVE in that "happy stupid (Christian) bubble" still. And not just in my hometown.


But you're welcome to use the phrase. I'll even wave royalty fees. Just give credit where credit is due. :)

Censorship has loooong been an issue with me, dating back to the 8th grade when I decided to use the "Banned Books List" as a personal checklist on what I needed to read. Can't wait to read your piece, friend.

Yeah, a lot of the churches around here tend to go for the "pun" thinking it might draw people in, all the while never getting the fact that they alienate some of the very people they wish would visit their churches.


And you referenced a Walkman. I love you. :)

I have no first hand experience with the radio or music industry but my understanding is that it's still pretty much the same as back in the day. My smallish hometown only gets an AFA station. Guess who didn't listen to Christian radio for 3 years while she lived down there?

I got tired of being told to boycott Home Depot. That, and the music was lame.

an enlightening, interesting, and somewhat sad read. Although, I'm not surprised. I drank the koolaid for a while, since I've leaned toward people pleasing a good bit of my life. *sigh - we have so far to go. I think of the Christian stations in my own town, and figure not much is different.

HA! I used to intentionally shop at Sears or KMart just to be obstinate. Especially since it was too difficult to get to Disney on a college student's budget. ;)

It's kind of like the pedestal we put church leaders on - we assume/think that they all mush get along hunky-dory and be BFFs behind the scene since they all play so well together on Sundays. But, when the curtain of reality is pulled back, we find they - like us - have feet of clay. We assume that since anyone with a ministry - in this case, radio (and by extension TV) - always has such a positive, uplifting message, everything that leads to that is clean and perfect.


We just see the end result of the spiritual sausage. ;)