It comes in the form of texts I get from friends. It comes in photos uploaded to Facebook and Instagram. It comes in blog posts, phone calls, Tweets, and in person conversations.

That other side of the fence. 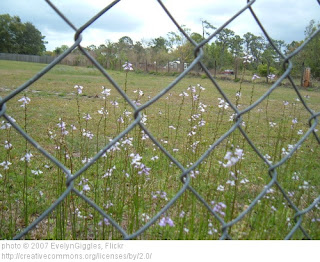 When I made the transition from full-time workaholic to full-time stay-at-home dad, Ashley and I realized relatively quickly that allowing me to go out every so often to socialize with my friends was in the best interest of my mental health. Even though there may have been people I worked with that I was less than enthusiastic about seeing on a day to day basis, I still saw them and was able to interact them along with other adults in my division. As a SAHD, my human contact was reduced to hanging out primarily with two people, one of whom really couldn't hold down a conversation beyond saying "ah."

Now that Elias is here and we once again have a functioning diaper pail in the house, my time spent away from home has decreased exponentially. Whereas I was going out once a week for several hours at a stretch (usually to the public library to write and take advantage of the free wi-fi), now if I can get away, it's at sporadic intervals lasting only for an hour and some change at the most - not counting trips to the grocery store, Target, or the like.

I realize that part of this is due to the fact we have an infant. Staying "grounded" is the nature of the beast. And I'm okay with this on almost every level.

And time and again, out of love, I say no.

I say no, because I can't even pass by dirty dishes in the sink at night without stopping to wash them, no matter how tired I am. Because washing them then is easier than washing them in the morning when I already have to take care of getting breakfast ready and giving Kai his breathing treatment and getting him ready for school. And to ask Ashley to wash them is unfair to her after she's been at work and has been helping to take care of Eli after she comes home.

I say no, because my kids depend on me to be there. When diapers are wet, when dreams are bad, when epic light saber battles are supposed to take place, when songs need to be sung to help them fall asleep, or when silly things just need to take place.

I say no, because doing laundry, walking the dog, cleaning the house, shopping for body lotion when she's just about to run out, cooking meals, making the bed, taking out the recycling and trash, and scrubbing clean the bathtub and the toilet aren't done due to nagging but to help Ashley not worry about anything.

I say no, because my responsibilities are rooted in love, not obligation.

I say no, because it's not fair for me to ask Ashley to take care of both of the boys while I go off and relax or have fun.

I say no, because making memories - positive, loving memories - with my family is important. Showing my sons the example of a dad who chooses to spend the majority of his time with his family and not regretting it is of paramount importance to me.

Parenting is the most selfless act an individual can engage in. It's like reverse tithing: you keep 10% of your time while the other 90% is dedicated to a higher purpose and calling.

Not That There's Anything Wrong With That

I read blog posts from friends about why they are choosing to either not have kids or not have kids now, and I'm proud of them. Genuinely. Having one or more small people tethered to you decreases your ability to engage in other activities you may be called to do or be in for a season. Volunteering, going on service projects, or spending time with other adults in service to them is much, much easier when your time - to say nothing of your heart - isn't divided between poles. Already every time I'm away from Ashley & the boys I almost mentally begin to start to drive home to be with them.

I witness other dads. The ones who seemingly have no issue with being able to spend huge stretches of time away from their kids. The ones who for whatever reason are able to leave and not blink if it means that their partners have to find a way to cook, feed, clean, and care for their kids.

I know. I know it's healthy to take a break every now and again - both on your own and as a couple. I know that it's good to step back, catch your breath, and look at the beauty in front of you.

And I know. I know and believe that what I am doing is done in a balance of love and self sacrifice, and done so on a healthy level. I know that my staying in with Ashley and the boys is what I am called to do, what I am supposed to do, and what I need to do.

That other side of the fence.

I have no regrets about my side of the fence. None. At all.

But I'd be lying to myself if sometimes I didn't stop and look at the other side of the fence, and for a brief moment think "Lucky."

As do those on the other side who sometimes look at me and think the same thing.

very forthcoming, sonny. and beautifully human. i'd say that from my side, the green grass you and your boys play in somehow sparkles with a perfect dew, untouched by the fiery sun of guilt. i could pretend that i would love to dedicate the time and focus you have on parenting, if only i had the time or resources or whatever....but it wouldn't be true. i know there is no "ideal" but from a distance, your little world can look that way. be careful dancing too close to "selflessness" and calling it "enough of its own reward"...but feel great about the choices you have made and regularly make in pursuit of the mindful life you feel called to live. by the way, i know that gilded coats of guilt come in all sizes and styles...something for every parent. that's why even parents who make it look easy say, "it's not easy." i love these opportunities we have as parents to share our bitter and sweet and bittersweet experiences.

I've been thinking about your post for some days now, and while it reflects your love for your family beautifully, it causes me to feel guilty. Is it really unfair to ask the spouse who works (more hours) outside the home for his/her share of household chores? Because, as you know, caring for a baby can be a full-time job in itself, and on some days all you can do is to keep the kids alive and in good mood. And I know enough SAHMs who have to fight for some hours to themselves. You set really high standards.