Here's the Church, Here's the Steeple. Open the Doors...and something is missing.

If the Sonny who grew up in the church youth group and was there every time the doors were opened (and sometimes, quite illegally, when they weren't) on every day of the week could see the Sonny who is now more than twice his biological age, he'd be aghast. Besides the fact Youth Group Sonny would demand to know of Way Older Sonny if he owned a razor or had forgotten how to shave, what's the deal with all the coffee he drinks, and whatinthefreakngworldhappenedtoourhair, Youth Group Sonny would want to know what church we go to, what our level of involvement is, how many groups we lead, and so on.

And Way Older Sonny would have to smile, offer Youth Group Sonny a mug of said coffee to steady his nerves, and break the news to him that his church attendance has been spotty at best since 2009; and that in many ways, he's okay with that. Way Older Sonny would then need to be prepared for the look of shock and horror on Youth Group Sonny's face, and the inevitable question of "Why?"

Because as Way Older Sonny, I know Youth Group Sonny and I know how his mind works.

Lightning in a Bottle 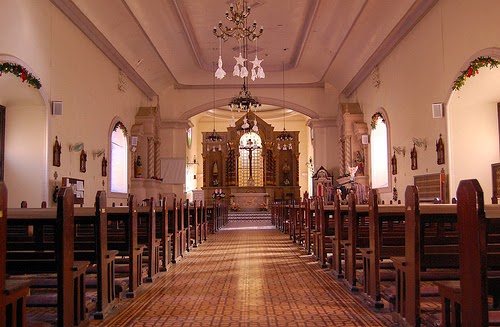 Ashley and I consistently hold our time living in Athens, Georgia up as some kind of residential litmus test to what the best of the best could be like. We had friends, jobs that we liked more than disliked, and a church that was our home. I find it humorous that for as much as we loved this place of our church home, we simultaneously and constantly roll our eyes about a great many of the problems that were there (problems I have written on before). But ultimately, that's what made this church and its' identity feel so family-like: we could speak of the bad and yet still love it. We weren't in denial, and we strove to make it a better place. When we moved, it broke apart the nucleus of our world. We left friends who had become family, a church that sustained us, and a culture that felt like home.

In Miami, we...almost...got "it" a second time; "it" being a solid church home. Stylistically and based on the attendees of the church, it was on the opposite end of the spectrum from our church in Athens. But good grief, did it feel good, and the right fit for us during that season in our lives. Again: we made friends and got involved in the life of the congregation (so much so to the point that this was the first church I ever preached in), but the addressing of problems voiced by the members of the church took on a role of being judged, at least in the perception of the pastor. That in a number of ways broke our fellowship more than moving away yet again did.

Having now lived in South Carolina for four-plus years, I find it interesting that we have yet to land in a church again. But in many ways, I think this was a needed break.

Two Pulpits Forward, One Stone Back

Although we aren't members of a church here in town, that hasn't stopped us from attending - albeit with pathetic frequency. There's the church I have spoken in over two dozen times, where we feel welcomed and loved. There's the other church I served for almost a full calendar year as Interim Youth Pastor, where on so many levels a life-long dream of working in ministry came true. There's the first church we visited, and started going somewhat regularly, where at the end of the day we realized we didn't fit because of theological issues.

We have well-meaning friends and family members who quasi-lovingly ask/judge us about our attendance, and why we don't go. I've had people tell me that no matter what - if you have a sick kid who's had an asthma attack; a spouse who's worked the entire night before due to an emergency on campus; or any other plausible and probable scenario we encounter routinely - we should be in the church, any church, on Sunday mornings. Because it's the standard we set as parents that will anchor our kids in a faith for their future.

Ashley and I have debated at length about churches who leave fliers in coffee shops, on our windshields, run local commercials (which are unintentionally hilarious more often than not), and the innumerable variations thereof - because we want to go. For our collective sake, both as a couple and as a family. For the boys' sake, so they learn and are socialized. For our own individual sakes, so we don't lose the love of faith we held once as teenagers and in our twenties.

But we have grown, changed, and have in many ways become completely different people from the ones who went on mission trips, proselytized our friends, and consumed the writings of the preacher du jour who was hot.

And Youth Group Sonny needs to get this. He won't, of course, because he has his own journey and path to walk on, own huge bleeping mistakes to make, and seasons of doubt and rejection of his faith to go through. But at the end of it all, someone will emerge, someone new and different. Someone who will look at Youth Group Sonny with eyes of compassion, smiling at the energy and passion he holds, and wish that Youth Group Sonny would only have incorporated one small component of his faith at an earlier age:

It's more about loving people than it is being right.

Way Older Sonny gets that now.

Buildings come and go. You move from locations.

But you carry church in your heart.

You are right that the church is not the building, and you had me for a while... But I think you are using that as an excuse. The church, the body of Christ, is the entire community of believers. We are called to be a community. Having been out of an "organized" community for years myself, I can say that there is definite value in having that church family. So, your journey took you away from the parts of the family that you loved so much in Athens and in Florida. Is is possible that there is a family that can love and support you just as much if not more in SC? One that may need your love and support as well? I feel that our "mobile" generations have lost our connections, our communities (especially our Christian ones) because of our mobility and are suffering for it. I became involved in a church again so that I, and my son, would have the support, love, and understanding of people who share my beliefs, my morals and my hopes and dreams. I want my child to be surrounded by adults who will teach him, guide him and love him, no matter what. Maybe that is the church. That is what Youth Group Sonny wants for you, your family , and all of us.

Wel, "SC Sabeck," while I agree with part of your assessment, part of my point was that YG Sonny grew up in a system that fostered attending church for the sake of attending church, not because there was a passion to. And part of my journey has been discovering that I don't HAVE to attend church to see church or live the life I am called to.


Yes, I miss the fellowship, and yes, there are things you can only "get" when in fellowship with other believers, but for now, we are still in discovery mode, trying to discover where we should be.


We have church members who love us, and we love them back. And maybe we're searching for an impossible dream. But the search is well worth it.