On Homosexuality: It's Okay to NOT Fight

Caveat: a dear friend some time back challenged me to tackle this topic, but I've hesitated in doing so. Not because I don't want to voice my opinion, but because I wanted to give the topic due diligence in organizing my thoughts, opinions, and beliefs on matters of LGBTQA issues. I've had to struggle with my own transformation and understanding after growing up in a faith practice of privilege as a white, heterosexual male (in the South, no less). And I know me. I'm still growing. So in honor of this coming Saturday (October 11) being National Coming Out Day, I felt it appropriate to finally write this. I ask that you take what I write on this with a grain of salt/pint of beer, as this will undoubtedly offend at least nine people who read it.

I have friends who have, for years, struggled with their sexual identity.

And so they are told they as a person are loved, but not the core of who they are or want to be. "We will accept the shell of you, but not what is inside of you." And what is so vexing is the number of people who make this declaration of love towards someone without understanding that their words ring hollow since they are not offered as unconditional.

And so, they are wounded. By people claiming to represent Love.

And THAT is an abomination, unnatural, and a sin against God.

Some fought for years - decades - against the pulls of their hearts. And they eventually found peace in reconciling what was dictated to them as a disparity between who they are and who they "should" be. They embrace their identity, their gender, and their sex, and they celebrate love in the form it now takes in their arms. To them, this finding is freedom, not shackling themselves to a lifestyle of sin. They know who they are, and they exhale deeply to release tension kept hostage for far too long.

If you are at peace, you are loved. I support you and celebrate your life with you.

Some have lived in fear of admitting out loud what their identity is. They see the judgment passed, the hate voiced, and the looks of disgust and disapproval on the faces of far too many. And so they do not speak aloud a truth about themselves. For fear of rejection. For fear of being ostracized. For fear of being denied community. So they hide. They hide and continue to hide because they know no other alternative.

If you are in fear, you are loved. I offer you safety and freedom in our friendship.

Some have lost loved ones without ever being free to tell them who they truly were, and so they carry the weight of loss coupled with having lived a lie in the eyes of someone they loved and who loved them back.

If you are wounded, you are loved. I offer you my shoulder so we may cry together.

The church seeks polemic stances on issues. The church thrives on stances over polemic issues. It's how we declare our allegiances, our denominations, our positions of right against everything and everyone else who is wrong and disagrees with us.

But I won't see you at either of those poles. I choose to hold hands and join with people.

In the ignorance of my youth, I judged. I make jokes, comments, condemnations, and was uncomfortable with people who were different from me. Sometimes with the best of intention of making a half-hearted attempt at "loving the sinner," I offered prayers instead of an open ear.

I'm only going to love.

I'm only going to show support. For equality. In relationships. In marriage. In all things.

The history of the church, however... 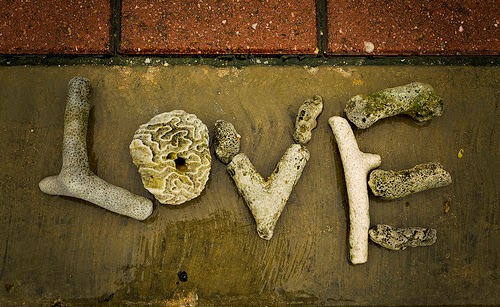 If you're gay, lesbian, bi, straight, questioning, asexual - wherever you fall on the continuum - it doesn't matter to me.

It matters in that it is you, and I care about you.

It matters in that it defines you, and I celebrate that.

It matters in that you as a person are loved.

Whomever you love, know that there is One who loves you and accepts you.

Let's not fight over this.